Few individuals have made a lasting impact on the health of a region as greatly as Scott Niswonger. This Greeneville, Tenn., native has become known for his philanthropy, made possible by the success of his transportation and logistics company, Landair Corporation. Scott has put his name and his resources behind many worthwhile causes throughout our area, including investments in higher education at Tusculum College and investments in the arts at Niswonger Performing Arts Center in Greeneville. But arguably his greatest investment has been in the children of our community through his ongoing support of the region’s only children’s hospital.

When Mountain States Health Alliance announced in 2004 that the organization would pursue a dream of building a brand-new hospital dedicated only to children, the Mountain States Foundation took up the cause and began raising the financial support needed to build the $34 million, 69-bed facility. Scott Niswonger saw the opportunity to make a difference in the lives of countless children, supporting his personal philosophy of “Learn, Earn and Return.” He understood that when children are healthy and strong, they are able to learn, and when they are able to learn and develop to their full potential, they can grow up to make lasting contributions of their own. Scott and his wife Nikki donated $10 million to the construction of the children’s hospital, which today proudly bears the name, Niswonger Children’s Hospital.

But Scott’s contributions did not stop there. Since the hospital opened its doors in 2009, Scott has been a constant companion, supporting numerous fundraising events each year that help the hospital keep its doors open. This type of ongoing support is critical for the children’s hospital, because 65 percent of the patients it serves are insured by TennCare or Medicaid, which reimburses just over half of what it actually costs to provide their care. Without ongoing support from the community and from Scott himself, the hospital would never survive.

But thanks to Scott’s support, the hospital has not only survived, it has thrived. Niswonger Children’s Hospital now offers more than 20 pediatric subspecialties, including pediatric pulmonology, pediatric cardiology, pediatric surgery, and pediatric oncology through one of only six St. Jude affiliate clinics in the nation. The hospital recently recruited the region’s first pediatric neurosurgeon who will help local children with neurological disorders including epilepsy. Without this service, many of these children would have to travel to Vanderbilt or Duke to receive the same level of care.

Scott spends countless hours each year helping to plan the Niswonger Children’s Hospital Golf Classic, which is the single largest annual fundraiser that supports the hospital. During the planning phases each year, Scott contributes what only he can – his connections. Thanks to Scott’s involvement, the Golf Classic now welcomes stars like Peyton Manning, Dan Marino, Jason Witten and Steve Johnson, who all call Scott their friend. Scott flies in many of the celebrity guests at his own expense, as well as making donations to the celebrities’ own charities, understanding that giving works both ways.

Scott is also present throughout the year at other children’s hospital activities, such as the annual Christmas tree lighting and the Broadway performance event. He also helps to organize the annual radiothon, recruiting sponsors, manning the phones and occasionally making a generous donation to make sure the goal is met.

Scott has a deep and genuine passion not only for the hospital that bears his name, but also for the children and families it serves. He frequently visits patients in the hospital and has been known to silently help families when he hears of a need.

Clearly, no one has a bigger heart for children than Scott Niswonger. He is compassionate, gracious and totally committed to the advancement and success of children in our region.

As Scott said himself during the ribbon cutting celebration for Niswonger Children’s Hospital in February 2009, “Of all the projects I have been involved with in this region, I can’t think of one that will serve more people than this one.” 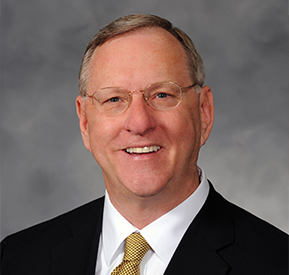